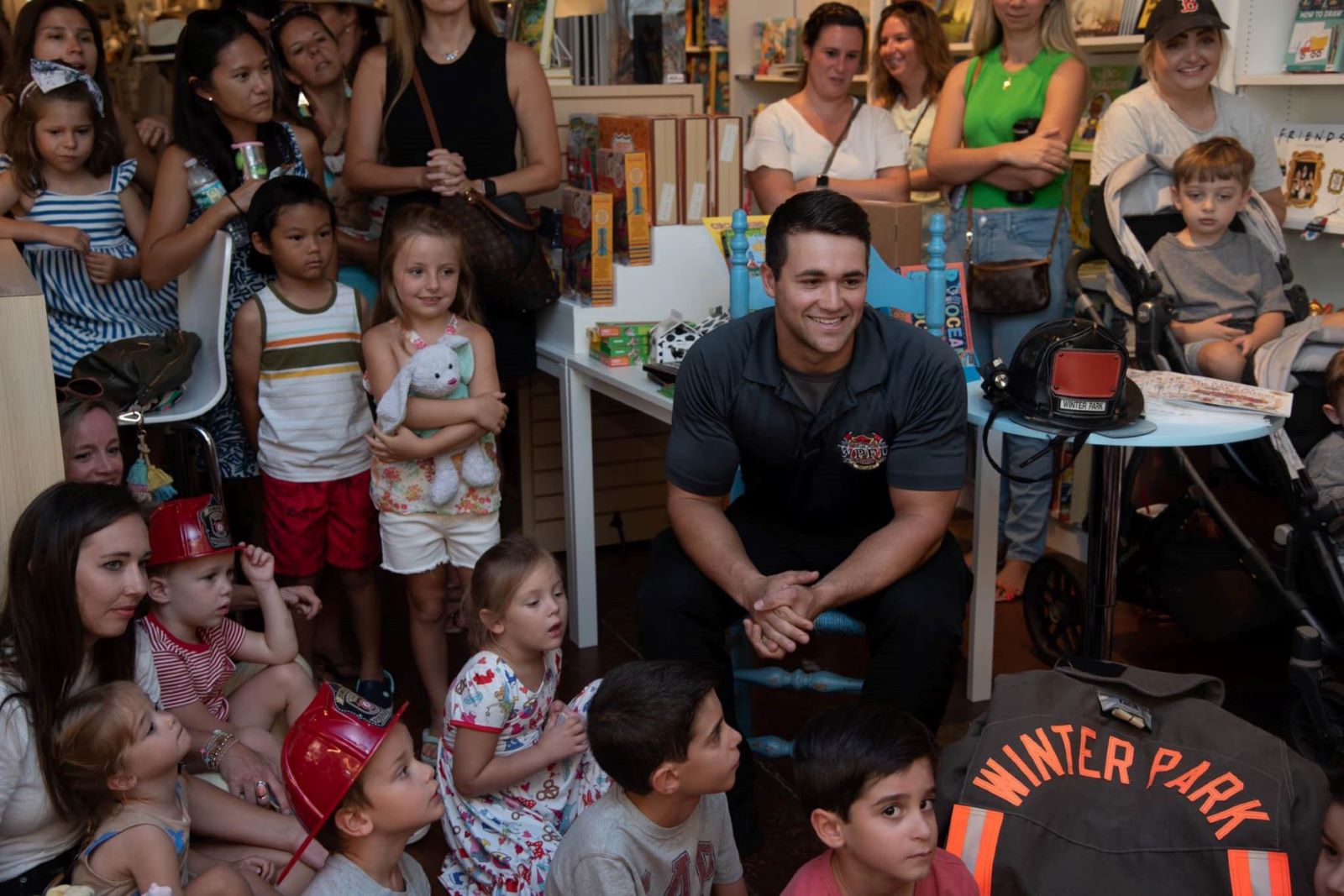 Deemed the “Hottest” Storytime in Town, Firefighters and Park Ave Businesses Team Up

It wasn’t just the outdoor temps (soaring above 100) that made this story time the hottest ticket in town (for the under 5 age group). With their fire hats on, dozens of kids sat excitedly for the chance to meet their local fire heroes, including one special four-legged friend.

On July 8, Fire Chief Hagedorn and Firedog Abbey teamed up with Firefighter Jack Timmes, along with Park Avenue businesses the Writer’s Block Bookstore and Tugboat and the Bird for a summer story time.  It was one of the first events for Firedog Abbey, a one-and-a-half-year-old Golden Retriever who is in school to become a therapy dog for the Winter Park Fire-Rescue Department.

The event was widely attended and a huge success. Kids enjoyed the book, A Day at the Fire Station by Richard Scarry, followed by the chance to meet Firefighter Jack Timmes who took time to show off his gear and answer a few important questions from his young guests…. Like….“What do you eat at the fire station?” Kids bounced over to Tugboat and the Bird for another story with the Fire Chief, complete with lots of pets and hugs from K9 Abbey. As cool as these many experiences were, firefighters couldn’t just read A Day at the Fire Station without one very cool surprise – a fire truck waiting outside.

Events such as story time might seem simple, but to kids it can be a big deal. Often times, children have a tendency to hide during a fire and these types of engagements help underscore that firefighters are friends. Please teach children that firefighters and police officers are friends and to always run towards them in danger so that they can protect them from harm.

Stay tuned for another story time announcement this fall!