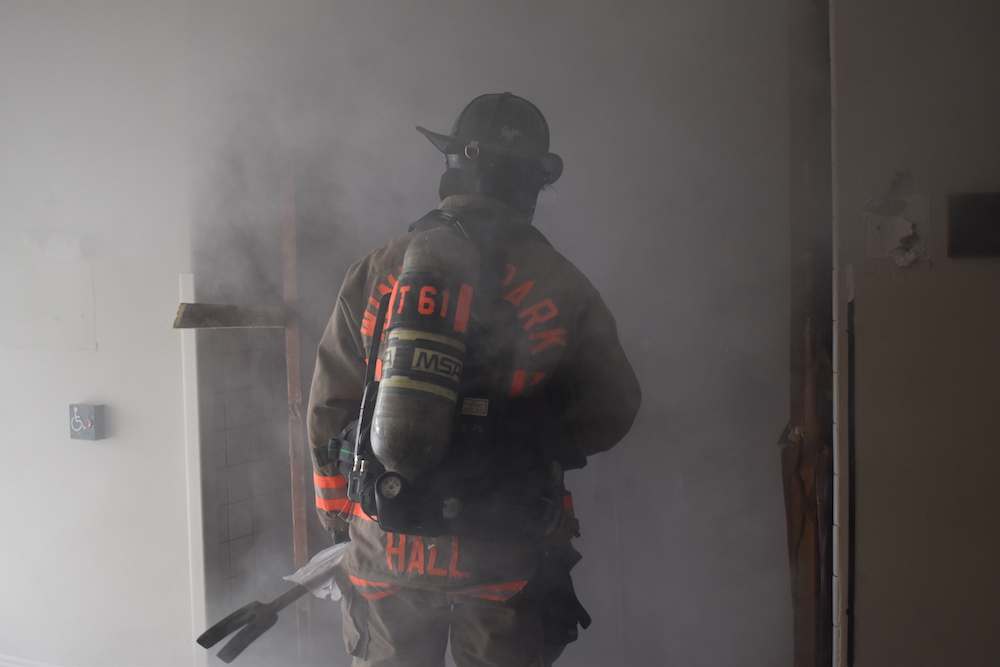 The administration is responsible for all operations of the agency and is managed by the Fire Chief and Deputy Fire Chief. The duties of fire administration include preparation and control of the annual operating budget, administration of the fire data processing systems (NFIRS), recruitment and enlistment of new employees, the provision of in-service training and education, continued evaluation of the agency and its programs, and planning for future service needs. This division also administers an efficient, ongoing program for the maintenance, retention, disbursement, preservation of incident reports and, other agency records per the Administrative Code of the Florida Statutes.

Chief Hagedorn began his EMS career working for a private ambulance company in 1994 and joined Winter Park Fire-Rescue in 1996. Dan has held positions as a Firefighter, Lieutenant and Captain before becoming Fire Chief June of 2018. He's served as the agency's accreditation manager for nearly ten years, managing the department's Fire and EMS accreditation programs in addition to the department's ISO program.

Chief Hagedorn holds a Masters's degree in Fire and Emergency Management Administration with an undergraduate in Fire Safety and Engineering. Chief Hagedorn is credentialed as a Fire Officer IV and as Chief Emergency Service Medical Officer. He currently resides in Orlando with his wife and two children. They enjoy boating, lake life, and Green Bay Packers football.

Division Chief Devlin joind the department in 2002 and has held positions of Firefighter, Lieutenant, Battalion Chief, as well as iterim Deputy Fire Chief before being promoted to his current position in December of 2022. Chief Devlin served in the United States Marine Corps prior to his career in the fire service. He then went on to become a volunteer with Osceola County Fire-Rescue before joining WPFD.

Chief Devlin holds an Associate's Degree in Fire Science and is a state-certified Paramedic, and credentialed as a Chief Fire Officer.

Division Chief Spinelli joined the department in 2002 as a firefighter paramedic and rose to the rank of Engineer in 2007 and Lieutenant in 2012 before becoming the Department's Division Chief of Training in 2018.

Chief Spinelli holds an Associate's Degree in both EMS and Fire Science along with a Bachelor's Degree in Public Administration. Division Chief Spinelli is a Florida State Fire Instructor III and teaches various disciplines at Valencia College's Fire Rescue Institute along with fire conferences around the country. His wife, Bridget, and sons, Noah and Nicholas, are his greatest inspiration.

Chief Wales proudly dedicated 30 years of service to the Orlando Fire Department (OFD) and has been a fixture in the local fire service community since 1989. He served in many capacities throughout his tenure with OFD, including District Chief, Fire Training Division Assistant Chief, Assistant Chief of EMS, Deputy Chief and interim Fire Chief. Chief Wales holds a Bachelor of Science Degree and is a state-certified Paramedic.

On a local note, Chief Wales comes from a military family, once stationed at the Naval Training Center – now Baldwin Park. As a child he attended Lakemont Elementary School and Winter Park High (Go Wildcats!)

Since 1997, Winter Park Fire Rescue has benefited from having in place a community-driven strategic plan. Updated in 2020 our strategic plan included participation from both internal and external stakeholders. The strategic plan lists specific goals and related objectives directed towards the continuous improvement of the department. The department’s strategic plan has helped guide decisions, budget for staffing and equipment, and sustain the levels of service expected by the community.

If you are interested in participating in the next external stakeholder exercise, please contact the department at 407-599-3298. Strategic planning is a critical part of our operation. We need and desire your comments, suggestions, and ideas.

In 2001 the City Commission adopted the city’s first emergency services Standards of Cover (SOC). A SOC sets in place an agreed-upon level of performance and outcomes for the emergency services provided by the fire department. The agency’s levels of performance are based on several key points; a structured assessment of total community risk, a minimal level of personnel and equipment to address those critical tasks at any given emergency, and what are the anticipated outcomes of these events based on the assumptions if enough personnel arrive to a specific risk with enough equipment to stop the loss and thus changing the outcomes of the events in a positive way.