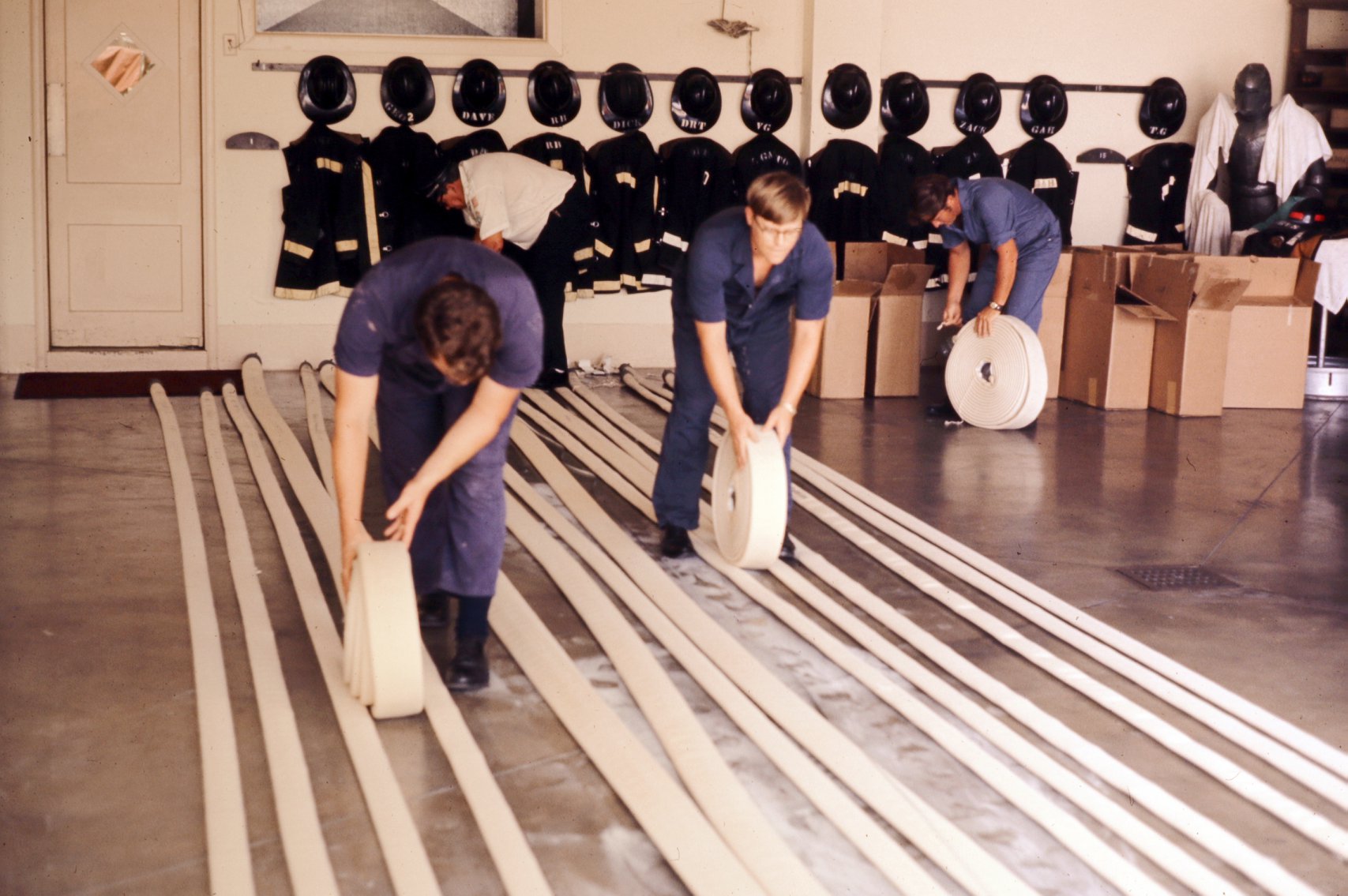 The Winter Park Fire-Rescue Department, WPFD, is a multi-faceted emergency response agency that provides for the emergency and safety needs of our residents and visitors. Our service is customer based, and we are continually evaluating and redefining our services as the needs of our City changes.

Winter Park established its first organized fire protection in 1900. The City’s fire limits were set from Lyman Avenue north to Canton Avenue and New York Avenue east to Interlachen Avenue. Six fire extinguishers were strategically placed throughout the district to be used to extinguish fires.

Several major fires occurred in the early 1900s, including the Seminole Hotel fire, the largest in Winter Park’s history. This grand hotel burned to the ground in September of 1902.

On December 1, 1909, Rollins College's Knowles Hall burned to the ground during the middle of the night. At the time, it was the school's only classroom building.

Winter Park’s fire protection was enhanced over the following years. In 1915, Fire Chief E.R. Favor purchased a one-horse drawn wagon that carried 500 feet of hose and an extension ladder. By 1916, a motorized vehicle was used to tow the trailer to fire calls.

A fire at the Winter Park Mall on Easter morning, April 6, 1969, placed Winter Park on the map. It was the first major fire incident in the United States involving an enclosed shopping mall. The initial response of a pumper and a rescue truck with four firefighters was small by today’s standards. However, they sounded a general alarm, and firefighters from five departments were able to bring the blaze under control in about four hours.

On January 1, 1997, WPFD implemented EMS transport service in the community. The department had been providing advanced life support EMS since the early seventies and the addition of transport service allowed the department to complete the job. Since 1997, Winter Park Fire Rescue has contributed more than $3,850,000 to the overall operating budget of the City though charging for patient transport services.

In January 2006, the City of Winter Park was assessed by the Insurance Service Office (ISO) for our ability as a community to fight fire. The ISO rates communities on their ability to answer emergency calls, deliver adequate water, and provide a well-trained and equipped firefighting force. The rating awarded Winter Park a Classification of 2, raising the rating from the previous four, which had been in place for more than a decade. This Class 2 rating places Winter Park in the top 1% of fire agencies throughout the country. This improved rating provides Winter Park property owners some of the lowest fire insurance rates available.

In April 2006, Winter Park worked with a national manufacturer to improve the safety of America’s ambulances. Known as the Ambulance Safety Initiative, all aspects of ambulance operations were assessed, and changes were made. Everything from ergonomically correct passenger restraint systems to the secured placement of loose equipment was reviewed and improved; the resulting initiatives were placed into service in all Winter Park ambulances by 2007. The agency has been recognized by the International Association of Fire Chiefs for bringing the problem to the attention to the forefront of the nation’s EMS community. The ideas born here in Winter Park continue to find their way into national standards for the design of safer ambulances.

The city was reviewed again by the Insurance Service Office in 2013. After an extensive examination of our community’s fire protection, we were awarded an ISO Class 1 Community Fire Protection Classification. Less than one hundred of the more than 35,000 fire departments in America have received the Class 1 rating. With this, the ISO recognizes that properties in Winter Park are less likely to sustain an insurable loss from fire. If they do, the fire protection systems, including the water supply, emergency communications (911), and the firefighters themselves, are among the industry’s best.

Following our successful confirmation in July 2022, WPFD became one of two agencies in the United States to be five times accredited, and CAAS accredited while maintaining an ISO Class 1 designation.

Looking towards the future, our firefighters are very cognoscente of the rich history of our community. Today’s Winter Park firefighters are leaders in the industry and admired for their continued dedication to the people of this community.